Explore the wonders of Nature at Kanha National Park

Kanha National Park is an inspiration to the Rudyard Kipling’s jungle book and it attains the fame for that. The park was converted into a National Park in the year of 1955 and soon, the Project Tiger was started here and it was stated as the tiger reserve of India. From then the park was known for its rich population of Bengal Tigers. Wanderlust began here for the people who loves to explore the most of the Madhya Pradesh gives charm to visitors when they adore the lifestyle of dwellers. Kanha National Park is the place for nature & wildlife lovers, it is a wonderful site with enchanting views of nature and a perfect wildlife spot. Besides this, most of the tourists preferred  to explore Kanha National Park sitting at the top of elephant and watching the whole scenario from there. The fun never ends just here, park has got different zones and many other visiting attractions in the park itself.

It is known for the rich biodiversity residing in it but what’s special in it. The Park has a rich population of the Bengal tigers which actually symbolizes beauty with strength. Besides, Kanha National Park also has more than 10 different kinds of the vegetation in it and major part covers up with the Sal trees covering somewhere around 50% of the valleys. The park has a rich diversity of fauna which consists of  22 species of mammals which includes leopard, Jungle cat, Jackal, Wolf, Hyena, Porcupine, Spotted deer, Sambhar deer, Blue bull, Gaur, Barking deer, Chinkara, Black buck, etc. Above all of these tigers and Barasingha are highest in numbers.

This place acts like a paradise for bird lovers having more than 522 species of birds. The most highly spotted birds are flycatcher, Pita, Hornbill, Oriole, owlets, Brown fish owl, Green bee-eater, Peacock, Quail, pigeons, Doves, drongo, parakeets, vultures, Herons, Night jar and many other species. Kanha National Park is known to have 117 species of butterflies, many insects, reptiles and other ingredients of bio-diversity which makes it one of the hotspot to enjoy the Gods creations. 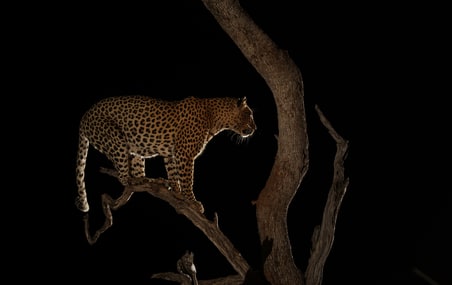 KANHA MUSEUM – This place holds the beautiful natural history including the skeletons of reptiles, mammals, herbivorous and carnivorous. It’s on the entrance of the Kisli Gate. Museum remains open throughout the day for visitors.

NATURE TRIAL – Safari is the most preferred thing in Kanha National Park but nature trials remain the best for every nature lover. This journey will be accompanied by the nature guide and you can explore the nature at its best. Few of things which you will discover are the distinctive insects, butterflies, and other tiny creature of earth.

WILDLIFE SAFARI – This is the activity most preferred by people and is very common among everyone. It is the safest mode of travelling the Kanha National Park and it gets complete in total of 3 hours taking you to the different zones and valleys of the park. During your journey, you can discover most of the vegetation and other habitats of jungle. Jeep safari is the best way by which one can explore most of the parts of jungle.

ELEPHANT SAFARI – Sitting at the top of the giant creature can give you scenic views right from the top and you can watch the most of the parts of the jungle. This is only for one zone and it is hardly for 1 hour of duration.

BAMMI DADAR– It is the highest point of Kanha National Park  where one can enjoy the sunset view. You will find gazing animals there and it is also a place for trekkers. Main attraction of this place remains the sunset view for visitors. It has great stories during the British rules also.

SHRAVAN TAL – It is a small pond in Kanha National Park where animals come to drink water. It is believed that its was named after the Shravan who came to this pond for fetching his blind parents. He was killed by raja Dashratha as he thought there is some wild animal drinking water there.

SHRAVAN CHITA – It is near the Shravan Tal and it is believed that Shravan was cremated here. Large number of animals are turning upto this place for the water availability.

LAPSI KABAR – It is the most famous point 4 km away from the Kanha known for the gravestone of the naturalist who was accompanied with the guests. It is said that he encountered a tiger and bravely fought with him but ended by paying it.

Where to stay in Kanha National Park 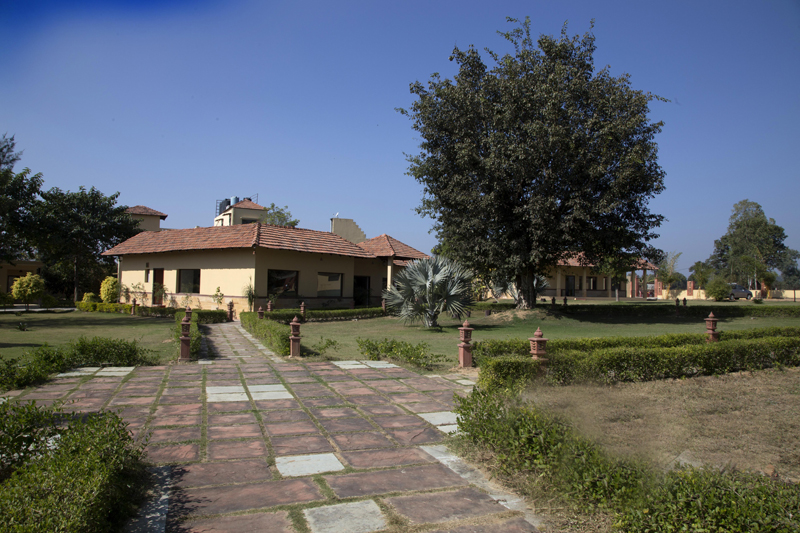 Kanha National Park is having many resorts and lodges in it for the stay of visitors. Everyone loves to spare time with nature and those who need to come up with some good photographs would definitely stay here for the photography. We highly recommend the Soulacia Resort in Kanha National Park for an amazing stay with all the opulence in it. They have the best of facilities in this remote area and can arrange for everything there and then. With the perfect staff and best facilities they are highly rated by the visitors. Also, not just this much, but it is equipped with all the urban facilities and lip smacking food served to the guests.

If we talk in layman language, then the best time could be winters from the month of September to March as the temperature remains at an equilibrium during this time and it is never too hot or cold for the jungle safari. Once can enjoy the jungle safari in best form during the winter seasons. Apart from this there is even better views and other attractions for the month of summers like the visiting attractions remain in the best condition during the month of summers and many other small insects and reptiles are spotted during the months of winter. Monsoon is the time for mating of the animals and rejuvenation of the park so there is no point of visiting during the monsoon but yes, you can surely make up some good memories of the Soulacia Resort and making the most of your stay.

How to reach Kanha National Park

AIR – There are three airports nearer to Kanha National Park, Jabalpur, Nagpur and Raipur. Jabalpur is 3.5 hours of drive way from the the park, From Raipur it’s 4.5 hours of drive and Nagpur is 5.5 hours of drive. Every airport is having good connectivity worldwide so need not worry where you coming from.

RAIL – The distance from the railway stations remain same as that of the airports of Jabalpur, Raipur and Nagpur. Gondia is one more station accessible to the Kanha National Park. Different stations are convenient from different cities. Gondia is not available for the Delhi people but for the people traveling from the Mumbai and Kolkata. Jabalpur is connected to the Delhi.

ROAD – Kanha National Park is well-connected by road with Jabalpur 170 Km, Khajuraho 445 Km, Nagpur 270 Km and Raipur 219 Km. NH12 from Jabalpur to Mandla will take you to Kisli gate. Mukki gate is accessible from Nagpur via Gondia, Balaghat and Baihar. Bus and cab services are available.