Tadoba National Park is the largest national park of Maharashtra and easy getaway from Mumbai. It is in the Chandrapur district of the Maharashtra and also known as the jewel of Vidharbha. It’s not just the largest but also the oldest national park existed in India. The land of Tadoba National Park sprawls around 625.4 square km. Earlier, during 1986 its name was the Adhari Wildlife Sanctuary and later in the year of 1955 it was amalgamated as the Tadoba Adhari National Park which was known for its population of the Bengal Tigers. The word Tadoba is derived from the name of the god “Tadoba” which is praised by local tribal people of this region and “Andhari” is derived from the name of Andhari river that flows in this area.

Tadoba National Park is covered with dense woodlands and deciduous forests. Along these, Ain, Dhauda, Bija, haled, Salai, Samuel and Tendu are also a point of grasses. Teak rules in the abundant areas of jungle and this place is also renowned due to the existence of the fire- resistant species, Axlewood. The terrains of the park are filled with black plum trees and bamboo thickets.

Jeep safari is always considered as the main attraction of the national parks and every visitor surely goes for it. In Tadoba National Park best time for safari is in the morning when the predators and other mammals are most active. Apart from the safari there are few of the places which combine to make it the most fascinating place for the wildlife lovers. Few of them are listed below:

TADOBA LAKE – Tadoba Lake is located in middle of the Tadoba-Andhari Tiger Reserve. Around 200 species of birds are found near the lake, including the Indian pitta, oriental honey and white-eyed buzzard, paradise flycatcher, orange-headed ground thrush and Indian roller. Some of the other commonly spotted birds are the changeable hawk eagle, black-hooded oriole, monarch flycatcher, grey-hornbill and golden-oriole. Beware of the crocodiles in it and don’t even think to swim looking after the clean water.

TADOBA-ANDHARI TIGER RESERVE – It is the second tiger reserve after the Tadoba National Park. The reserve is spread over an area of 625.40 sq km, out of which the park covers 116.55 sq km and Andhari Wildlife Sanctuary covers 508.85 sq km. This reserve is home to several animals, including tiger, sloth bear, wild dog, bison, barking deer, sambar and panther. The reserve also has teak, bamboo, Arjun, Salai, haldu, bijou, tendu, gammon, Mahua, Ann and other trees. It is compulsory to avail the services of a guide. It is the second tiger reserve of Tadoba National Park.

MOHARLI – Motherly is a small village located at a distance of around 6.9 km from the Tadoba region. This village serves as an entry gate for the Moharli Zone of the Tadoba-Andhari Tiger Reserve. At the entry gate of the Moharli Zone, private gypsies are available for Jungle Safari.

ERAI DAM – The Era I Dam, situated across River Area, is a gravity and earth fill dam. The length of this dam is about 1,620 m and its height is around 30 m above the lowest foundation. Its gross storage capacity and volume content are 226,500 Cu km and 985 Cu km, respectively. Visitors can easily spot tigers near this dam.

KOLSA – Case is a village situated close to Tadoba. One of its borders serves as the entry gate to the Kolsa Zone of the Tadoba-Andhari Tiger Reserve.

How to reach Tadoba National Park 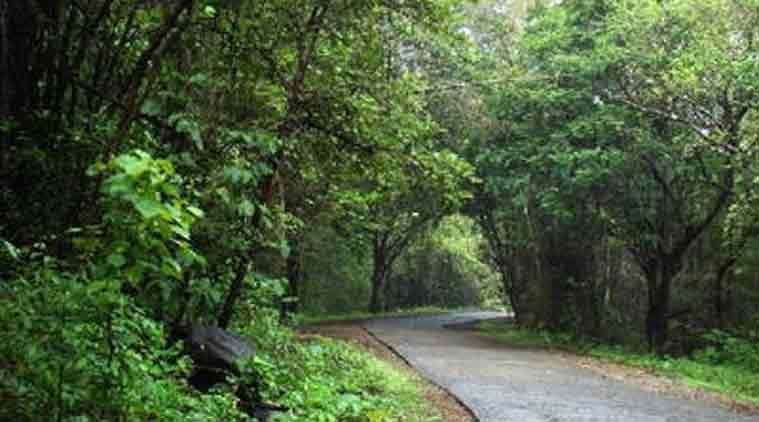 AIR – If you’re flying by air, then closest airport is the Dr. Babasaheb Ambedkar International Airport in Nagpur, from there hire a cab to reach Tadoba National Park. It is easily accessible to any airport.
TRAIN – Again the closest railway station is Nagpur and from there Cab can be hired, by road it will be 150 km left to reach the Tadoba.
ROAD – Tadoba National Park is well connected to all the major cities by road also but preferring rail or airways is much better and time saving. From the road it is 45km from Chandrapur and 32 km from Chimur.
COVID-19 Travel Advisory